Recently I wrote an article in which I berated the Congressional Black Caucus (CBC) and Vice President Joe Biden for what I perceived to be their cowardice and less than statesmen-like behavior towards Prime Minister Benjamin Netanyahu’s scheduled speech to Congress on March 3. At the time, my angst was directed at their decisions to boycott the Israeli leader’s speech because he had failed to follow some protocol for permission from the president.

If  hurt feelings, pissing parties, and refusals to ‘play’ are not enough…it get’s worse!

Today I read an article in The Gateway Pundit which alleges that the CBC is planning a walk-out during the Prime Minister’s speech!

Please, somebody tell me this isn’t true! Please tell me that our government leaders on the left are not acting like recalcitrant children on a playground, losing the game, taking away the ball, and stomping home because somebody didn’t play like he/she wanted!

Because that is what this looks like — children (on the left) having a big ole’ temper tantrum! 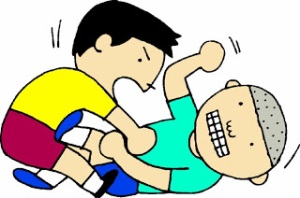 We need government leaders who are able to meet adversity with strength, defeat with dignity, weakness with compassion, and in this instance, power with power.

Israel’s Prime Minister Benjamin Netanyahu is the leader of America’s strongest ally in the Middle East. He is the leader of a country that loves the United States and shares and embraces the same principles of democracy and liberty for its people. Israel is not without its own strengths. America may need her one day.

At a time when war and rumors of war abound in the Middle East, blood-thirsty murderers are on the loose, growing, and rising up, this is the time when unity is desperately needed — no, required.

Getting up and walking out during a strong U.S. allies’ speech may satisfy the urge to get even, but at what cost?

Susan Rice said yesterday that “we’ve been fortunate that politics have not been injected” into the relationship between the U.S. and Israel. But Boehner going around the White House and Netanyahu agreeing to speak, Rice said, is “destructive of the fabric of the relationship.”

This so-called ‘destruction’ Susan Rice speaks of will not be forthcoming from the American people. A recent Rasmussen poll finds considerable support for Netanyahu’s speech among Americans. “Likely voters support Netanyahu’s address to Congress over the objections of President Obama by a margin of 42 to 35%, with 23% undecided.  The poll also found 44% of voters worried that relations between the U.S. and Israel have deteriorated during Obama’s presidency, while only 9% think the relationship has grown stronger.”

If The GatewayPundit article is true, and walking out on this well-liked and respected ally is the plan, this Black American says the cost is not worth it. Getting even because of a perceived slight to the first Black president is stupid, childish, and polarizing. The action lacks integrity and serves no real purpose other than to soothe a pricked pride. Walking out will backfire on you (and the president) and backfire badly.

Pr 16:18 Pride [goeth] before destruction, and an haughty spirit before a fall.

You Betta' Tell Somebody! 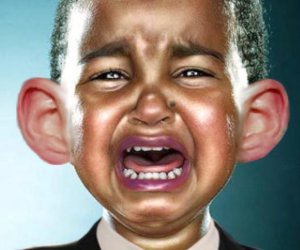 So why is Vice President Joe Biden going to be conspicuously “out-of-town” when Prime Minister Benjamin Netanyahu speaks to the U.S. Congress? Why is the Congressional Black Caucus (CBC) pleading with  the Prime Minister of Israel, to not disrespect the president by making a speech to the U.S. Congress and threatening a boycott if he doesn’t comply with their request?

To disrespect someone is to act in an insulting way toward them. When you disrespect someone, you hold that person in low esteem. So when the Prime Minister accepted an invitation from the Speaker of the House to speak to Congress, he did so because he has low esteem for the president?

The opposition to Netanyahu’s speech seems to be two-fold: 1)the first black president is not receiving the respect he deserves from a white foreign leader, primarily because the Republicans who asked him have not been forthcoming in giving the respect the first black president deserves; and 2)a foreign leader is inserting himself into a U.S. political process.

As for Joe Biden, perhaps he really did have a previous commitment that he couldn’t change. Uh huh.

But the second group of non-attendees-to-be puzzle me greatly.

The president of the United States is much larger than race, gender, age, or any of those other identifiers. The presidency is a ‘strong man’ (or strong woman) destination and designation.

‘Strong man’ is defined in the biblical Greek lexicon as one who has strength in body or in mind, boisterous, powerful, and valiant.

Scripture expounds on that definition by 1)asking a question (Mt 12:29) as to how a strong man can have his good’s spoiled unless the strong man is bound, and answers that question in (Mr 3:27) by stating that it can’t be done.

Mt 12:29 Or else how can one enter into a strong man’s house, and spoil his goods, except he first bind the strong man? and then he will spoil his house.

Mr 3:27 No man can enter into a strong man’s house, and spoil his goods, except he will first bind the strong man; and then he will spoil his house.

Isn’t this black man the president of what is the most powerful country in the world?

Netanyahu can’t bind the president or take away from his office, especially in a speech.

The exact opposite is occurring. Netanyahu has humbled himself in recognition of the help he needs from the ‘strongman’ who is the United States president. He comes knocking on the U.S. door seeking empathy and a willingness to join in constraining one common enemy (Iran) from gaining nuclear capability.

Let’s be honest here — Iran hates America (The Big Satan) and Israel (The Little Satan)! So why wouldn’t we want to hear what a friend has to say?

So again, why is the Congressional Black Caucus relegating this president to less of a strong man status than the Israeli strong man? As the CBC retreats (under the guise of a boycott), they reinforce the notion that one strong man can indeed enter this president’s house and spoil his goods.

If you’re the master of your house and a strong man is soon to visit, would you retreat and leave the visitor to do what he wills in your own house? Ludicrous!

This U.S. president should welcome this visit from Prime Minister Benjamin Netanyahu, a fellow strong man. The president should greet this visitor with a heart of good will, yet exude and assert authority, confidence and control (in his own house).

“Nobody picks on a strong man” ~ Charles Atlas

“Nobody can hurt me without my permission” ~ Mohandas (Mahatma) Gandhi

You Betta' Tell Somebody!

A mom out to save America, one baby step at a time!

No Fluff No Spin Just Facts and the Truth

Applying biblical truth to social, cultural, political, and theological issues in our world.

This WordPress.com site is the bee's knees

Conservative Moms: The Next Army of Davids

traveling, growing, learning to fall deeper in love with a beautiful Savior